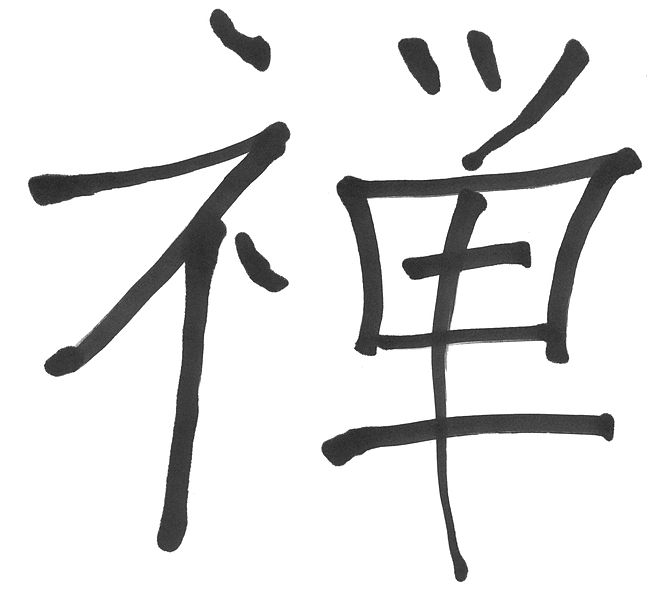 So basically “Zen” just means “meditation”. If someone talks about their Zen practice, they’re talking about their meditation practice. A Zen teacher is a meditation teacher. If you’re going on a Zen retreat, the distinguishing feature is going to be meditation.

In China and Japan, Zen developed in the context of Buddhism. So Zen Buddhism is a school of Buddhism in which meditation is the central practice. But you don't need to be a Buddhist to do Zen style meditation. In Seido we have Christians and Jews and Muslims and Hindus and Buddhists and Pagans and atheists and agnostics, people of all religions are welcome to train. And we integrate sitting meditation, zazen, into our training because we understand that karate is moving meditation. So they are two sides of the same coin.

There's some interesting history, that Zen came to Japan around the same time that the Kamakura Shogunate came to power. The samurai took over the country, and this new sect was able to get cozy up to them. Partly that was politics, partly it was the fact that Zen meditation was a useful way to prepare the mind for life-and-death combat. So while was never the most popular form of Buddhism in Japan, it became the Buddhism of the warrior class and had a big influence on the culture. Even though most people in Japan have never studied Zen, Japanese art and design were very deeply affected by it.